By Kassie Heisserer May 02, 2016
Last month I attended another amazing Parenting in SPACE Conference, which is put on by House Calls Counseling out of the Chicago area.

If you are an adoptive parent, a foster parent, or just a parent of any kind who is having a rough go of it...or who just wants to figure out how to connect/heal/whatever with your kids, or if you're wondering if there's another way (there is!), then this conference is for you. (Save the date now for next year's conference: April 28-30, 2017)

Though the thoughts are still swirling around in my brain a bit, here are some random quotes and a few takeaways I jotted down during my stint at SPACE 2016.... (Sorry if they only make sense to me.)
This year I also ended up working on ME a bit more than I had expected.

See, I was attending a session about how to "do" empathy with our kids, because...well, see note about sarcasm above. I'm REALLY good at sarcasm. I'm also really good at sounding sarcastic when I'm TRYING to be empathetic because I know I'm supposed to be, but I don't actually feel any empathy at all.

We did a writing exercise during the workshop, where we started with a common phrase that we've heard one of our kids say to us (e.g., "This is stupid!" when talking about homework...or...whatever).

Then we "translated" that statement: we wrote out what was under it, as if WE were the ones who had said it (...you know...because empathy is feeling along with someone). And because while I might "know" that it's usually not about the behavior but what feelings underneath are driving it, I'm also really good at going on autopilot as a parent and just tending to see the behavior in the moment as "bad" behavior.

So here's what I wrote about my kid:

Starting statement: "I'm a bad kid!" (Yes, my kid has really said that about themselves.)

My empathetic translation "as" my kid:
I feel so awful. I feel lost and alone. I am SO SO scared that you won't love me if you see the stuff I've done. I am so scared that you'll leave me. I am mad at myself. I wish I was different. I am SO angry that I can't seem to change this!! I don't want to feel this way anymore. Help! Help! Help! I hate myself. I need you to show me you love me. I don't feel safe.

All of that came pouring out of me in less than five minutes. (It was probably more like two.)

And I sat there thinking, "Holy crap. How awful it must be to feel like that so much of the time."

And I finally "GOT" empathy.

And then the tables were turned, and we were asked to be empathetic with ourSELVES.

So, I totally did it--again in probably about two minutes flat, and I sat there LAUGHING at myself. 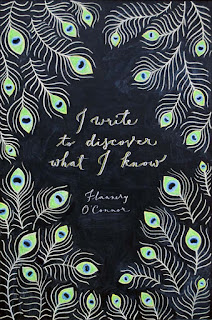 Because I call myself a writer. A lover of words.

Why have I never thought to do this before? I TOTALLY use writing all the time to "find out what I think about something." (This blog is a blatant testament to that; see also "sorry" parenthetical above.)

I totally stunned myself in those short moments of scrawling desperately onto a lined piece of yellow notebook paper.

Here's what I wrote this time around--I based it on a sentence that I say to myself a lot in my head, but am too terrified to admit out loud most of the time.

"I am no good at this parent/wife balance thing."

And then this came out:

I am scared I'm going to screw up. I'm afraid of Nick leaving me. I'm terrified that I'm messing up my kids. I'm afraid of getting more depressed. I feel like I'm worthless because I can't "DO" this. I'm not good enough. I'm broken. I'm crazy. I'm to blame. It's all my fault. I wish I could do this better. Why can't I? What's wrong with me?!

See what I mean about 'holy crap?' Yeah, I shared it with the group during the session, and I think that was the general consensus. (No, actually people were very cool, totally supportive, etc. Because that's who you get to hang out with at the Parenting in SPACE Conference. People who totally get it.) But I did get the distinction of kind of shocking our presenter, Rob, into a momentary uncertainty at how to proceed. (Sorry about that, Rob...I kind of shocked myself too.)

Yeah...so...apparently I'm living with a boatload of fear and shame about being both a parent and a spouse. Who knew? (No, seriously, I was largely unaware of this.)

Oh--and the kicker of that session: learning that we all sort of tend toward minimizing others' experiences, instead of empathizing with them--BECAUSE IT'S REALLY UNCOMFORTABLE TO SIT IN SOMEONE ELSE'S FEELINGS. (Hey--it's uncomfortable to sit with our own sometimes!)

You know...when you've had a tragedy in your life--what do you hear a LOT of from many many people around you?

Translation? I'M SO UNCOMFORTABLE WITH YOUR GRIEF RIGHT NOW! I DON'T KNOW WHAT TO DO WITH THAT SO I'M TRYING TO MAKE MYSELF FEEL BETTER BY JUSTIFYING AND MINIMIZING YOUR FEELINGS TO YOU!

Yep. I totally have done that too. And that is the opposite of what we want--what we need--from those around us. And especially from those closest to us.

And then with a huge sigh, I realized I've been doing that to my kids.

When they say, "I'm dumb!" They don't want me to argue with them and tell them all the logical and well-supported reasons why that isn't true. (File under: boneheaded things this ISTJ mother has done--however well-intentioned--still boneheaded.)

They want me to see under the surface of the iceberg. They want me to join them in that feeling, and show them that I'm strong enough to sit there in the middle of that big, scary mess of emotions, and that I won't abandon them just because they feel that way.

Well, DUH, Kassie!! It's even in a children's movie, for cripes sake!

So, I took this new-found magic home with me, and the first time one of my boys had an outburst of anger, I walked right over to him, knelt down, and I JOINED HIM THERE in it. Yep--I actually did a verbal, impromptu version of the written exercise we had done.

Just moments later, this boy--this lovely creature who holds in every single emotion he can 99.9% of the time, suddenly burst out with "You and dad don't love me as much as you love my brother! He got to pick out Legos for finishing his tests, and I'm taking tests too!" And he started crying.

It was totally unrelated to his first angry statement--but it was also TOTALLY underneath it. So I just kept rolling with the empathy. I sat down next to him and said, "Buddy, you're totally right! Dad and I DID let your brother pick out Legos when he worked through his really hard tests last month, and you are doing some really hard tests TOO right now, and we should TOTALLY celebrate that when you're done, because it is HARD. Do you want to pick out Legos too?" (I totally love to use the word totally!)

And he brightened up, and said "Yeah!"

And it was over.

And he TOLD us. He trusted me--based on 30 seconds of showing empathy instead of frustration, or anger, or trying to minimize the feeling--he trusted me enough to tell me he didn't feel loved by me.

That, folks, is big stuff.

Well, my challenge to all of you is this:

The next time you're presented with someone's anger, or "strange" behavior, or grief, or whatever...just meet it. Join them in it. Resist the urge to say, "oh, no--that's not true...it's actually THIS way..." etc. Resist your own discomfort and SEE them in that moment--just sit with it--with them...and see what happens.

And I mean that for myself too. I shared what I wrote during the workshop not to draw your sympathy or necessarily even your empathy (though I'd welcome it happily)--but to show you how cut off I am even from my own feelings sometimes--and how opening the door to empathy--even just a little crack, can make a huge difference.

As for me, I am once again working my way back from the black cloud of depression. I'm doing so much better than I was in January. In fact, I feel pretty much "back" right now, which means I can turn to this very interesting problem of shame and guilt with which I've been walking around chiefly unawares. (Churchill would be so proud.)

And finally, I beg of you--please don't read into my stream-of-consciousness writing any more than I did--remember that I laughed after writing it? It got me in touch with my own feelings, and really--I'm okay sitting here with them. I promise. 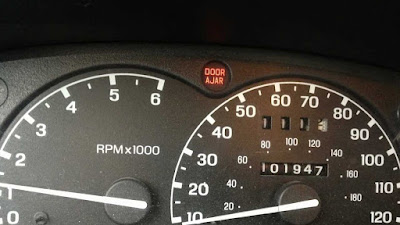