This IS Normal Life

By Kassie Heisserer April 21, 2012
In case you've never met me, there's something you should know. I am an introvert.

But, in our ongoing pursuit of the ever-elusive Jonses (no, not really...actually there were some legitimate reasons why), last week we delved into the world of organized sports.

Soccer, to be exact. 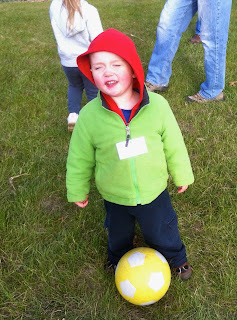 So in addition to officially becoming a soccer mom (oh, the horror!), I now get to stand outside once a week for 45 minutes with thirty other parents and watch with mild anxiety as my child participates--or doesn't--with the other children.

See, with our eldest, everyday life is kind of a crap shoot. For real. You never know what set of behaviors you're going to get on a given day or a given situation--even if you've been in the situation before...it could be totally different this time...just because. 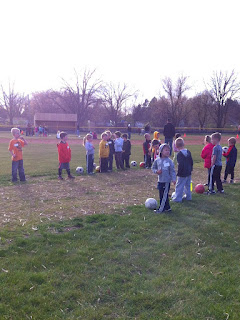 But happily, at soccer last week, we had what I'd classify as medium-good night. Nick and I split up to each watch one child (they were in two different age groups...a double-edged sword in itself). Gavin was with the 5-6 year olds, and the evening's activities for him personally varied among non-participation (clinging to me), non-attentiveness (having no idea what the coach was directing everyone to do), non-cooperation (pouting and refusing to work with a partner), non-group-identity-ness (making ever-widening circles on the field with the soccer ball and not caring that the rest of the group had reassembled to learn what was next). So, yes, I was the parent quietly dying inside because my kid was "that one." (Mind you, the negative feeling of 'standing out' is magnified at least tenfold for someone who hates it to begin with--even when it's in a positive way.) But on the other hand, I could classify the night as medium-good because there was no out-and-out bolting from the scene: a very real possibility in these situations (and a major relief that it didn't happen). And Gavin managed to kick a ball cooperatively for about three minutes with a kid he'd never met before. And he let his coach know that he needed a ball instead of stalking off the field. And he had FUN. Not crazy-wild-outofcontrol-disregulated fun that's really only fun to him (but really not fun for everyone else). Real fun. Just plain old kid fun.

And, anyway, in the last two years I've also been learning something very very VERY acutely:

It's not about me.

It doesn't matter that I'm embarrassed in social situations when we don't fit in like everyone else seems to.

It doesn't matter that I can get sideways looks at church because we can only manage to make it there a few Sunday mornings a month...and that we aren't really involved in ANYTHING else there, no matter how often we are invited (by very well-meaning people).

It doesn't matter that I'd rather stay at home instead of signing my kid up for soccer and running the risk that everything might implode one of these nights. (Because it really might.)

It doesn't matter that I'm pretty sure just about everyone around us thinks we're too protective, too helicopter-ish, too lenient (or too strict), too inexperienced, too inconsistent, too [fill in whatever you'd like].

Because its not about what's best for me, or the most comfortable, or least embarrassing, or less likely to stand out.

It's about a boy who has been hurt.

A deeply sweet-natured boy whose entire paradigm is to NOT trust, to NOT let anyone get close to him, to NOT allow someone else to take care of him.

A boy who just wants to be a kid but whose brain never really learned what that meant. 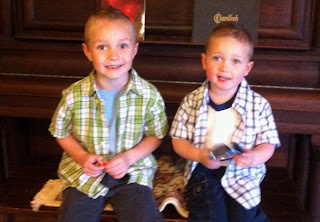 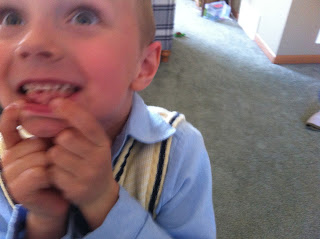 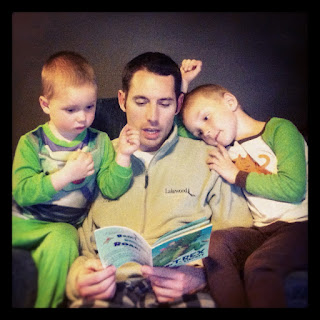 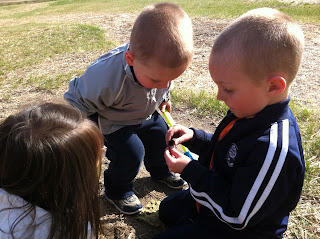 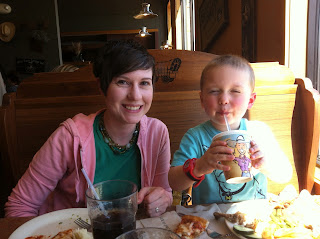 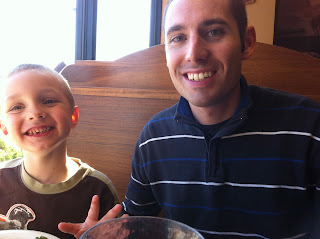 This is who it's about. Not in that unhealthy self-sacrificing way where my entire identity and sense of self is entirely contingent on the ultimate comfort and happiness of my children.

In a selfless way. In a way where I understand that there will always be sacrifices, but not sacrifices of my self. Just of my comfort. Of my selfishness. Of my pride. Of my own expectations about what my child's success will look like. Maybe even some of my hopes and dreams for what our life will turn out like.

Because the other thing I've been learning is this:

This IS normal life. I (most of us?) have the tendency to think about the hard, the ugly, the un-fun, the sad, the devastating, the embarrassing , the uncomfortable things as the "extra" parts of life, and I keep waiting for things to settle down--to return to normal someday. But the fact is that this IS normal. Life is filled with hard and ugly and sad and devastating and embarrassing and uncomfortable things, but it is also filled with good and wonderful and happy and pure and lovely and beautiful things.

Soccer can either be embarrassing, or it can be an example of how far we've come as a family. One year ago, Gavin would have run away across the field instead of clinging to my leg when he was feeling intimidated and anxious about the other kids. He DID run away in the past when we was feeling that way. Now he comes to me for reassurance. That in itself is wonderful and good and lovely.

It just depends on which things I choose to look at.
adoption Parenting soccer Special needs