By Kassie Heisserer September 14, 2011
In case you hadn't noticed, we've sort of gone underground for while.

Recently I came to the conclusion that I had been going at a sprinter's pace, when I really should have been trying to run a marathon. I've never been very good at that--pacing myself, that is--and I was trying to go at it at the same rate I always had...except that unlike before I became a parent, now there is  basically never any lag time. So I never had the chance to catch my breath. Having taken this proverbial sip from a fire hydrant and having ended up soaking wet and flat on our backs as a result, we (I) have been finding it wise--nay, necessary--to pull back a bit. For the time being, it means we have had to pull back from any extras we had previously built into life: small groups, sports leagues, evenings out with friends, even as many hours at work as we were both used to. As it turns out, the process of merging four people into a family is both immediate and continual. Who would have thought, huh? This is just a necessary adjustment for the time being, and as we all grow and learn and trust more, perhaps there will eventually be a loosening of sorts. For now, we're stretched as thinly as we can be while maintaining our sanity. Really. Hence the long absence from blogging. Some things just have to give.

At the end of April of this year, right alongside Easter, we celebrated the one-year marker of our little family project. And we also marked what turned out to be the start of a new way of experiencing family--communal living. 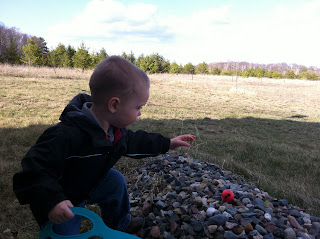 Okay, before you decide we're complete freaks, just let me elaborate. Well, I guess you may have already drawn that conclusion long ago...but let me elaborate anyway. So, this spring, one of my step-brothers and his wife sold their house, but they had a gap of about one month before they could get into their new place...so they asked if they could stay with us for awhile. We had just finished our basement (although they didn't get to enjoy the benefits of carpeting...that came a little later)--so we thought, "why not?" 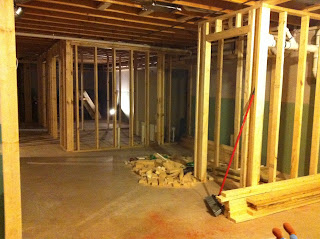 They have a little guy who is just about 6 months younger than our youngest Finn, so that meant the boys would get to play with one of their cousins more often too. 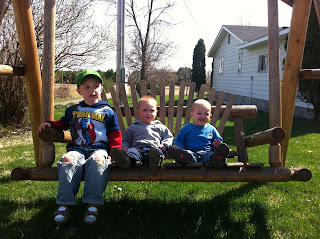 It turns out that things went pretty smoothly; so much so, in fact, that when my brother got a job here and needed to move his little family back to Minnesota but still had a house to sell back in Wisconsin, we invited the three of them to stay with us too. The Ericksons moved out, we had the carpet installed, and the LaPortes moved in--all within about a 2-week timeframe! 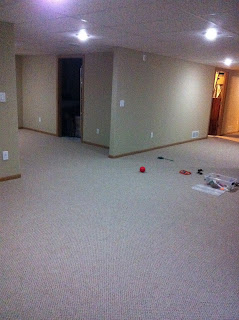 Possibly the best part about having family THIS close-by is that we've been able to take advantage of live-in childcare. A daily 30+ minute commute each way with two kids in tow was seriously taking years off my life. Seriously. 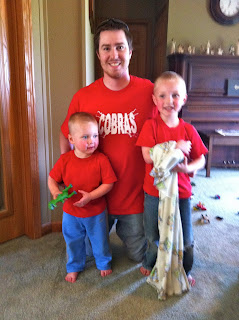 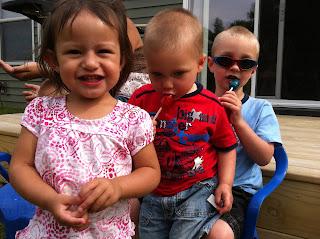 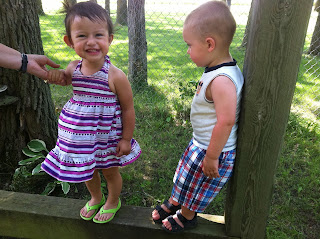 And there have been other side perks as well: we share in the meal planning, cooking, and clean-up. There's usually a spare adult around if you need to run to the other room for a minute...or if you'd like to take a shower sometime after 6:00 am (which is when Finnley, age 2 1/2, usually gets up. I still don't understand why the parents don't get the endless supply of energy and the children feel tired and groggy all the time...). I don't have to leave work immediately if one of my kids gets a fever...because he's already home. If one of us has to be gone for something, we don't feel like we're leaving the other in the lurch, since there are two other adults who can help out. And there are more adults to have conversations with in the evenings. Oh yeah, and did I mention the daily commute? I get to listen to MPR instead of Raffi for an hour each day. That in and of itself was worth it. (No offense to Raffi....) 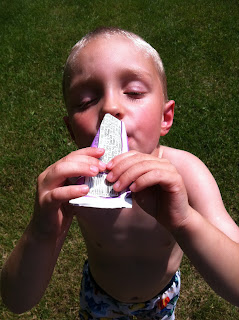 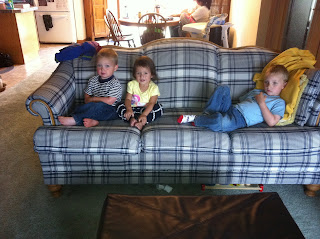 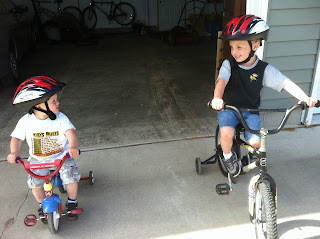 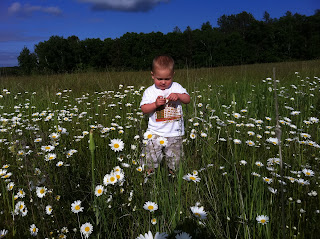 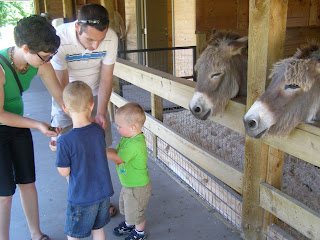 Yes--it seems, for the time being anyway, we've settled into a pretty comfortable symbiosis. It's funny that it doesn't really feel all that funny. Just kind of normal. 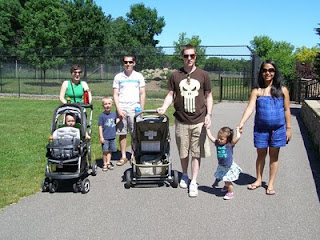 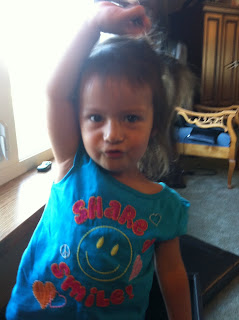 We're also loving the chance to be around our niece more--and as of four days ago, our new nephew, too! 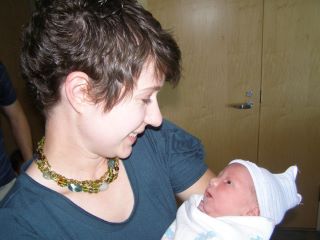 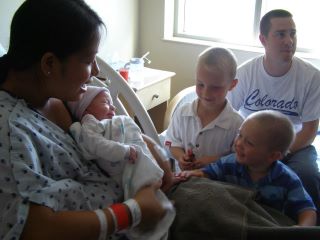 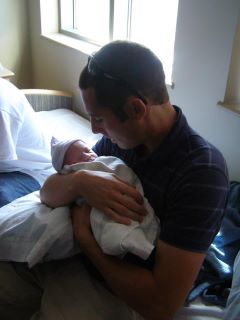 So...those are the broad strokes of what has been happening since I've been AWOL on the blog. Finnley turned two, Gavin finished his year of preschool, we celebrated one year together as a family, added to our concept of "family", switched to in-home daycare, had a stay-cation over the summer, celebrated our seventh wedding anniversary in August (really? Seven years??) by attending the wedding of one of my co-workers, and just recently welcomed our newest nephew. Nick and I are taking turns staying home this week, to give our lovely sister-in-law a much-deserved break from our children. Next week Gavin starts preschool again, and we'll be off to the races once more. 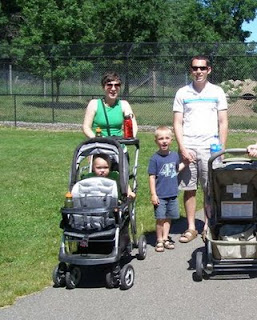 For now, while both kids sleep (a rarity these days!), I'll breathe a small sigh of inner peace...wait--I don't think you can actually do that...hmm. Well, I'll dash off these last few lines...and...yep--Finnley just woke up. Right on schedule. And as I was getting him situated here in the office with me, Gavin woke up too. And I just realized I need to get a start on making tonight's dinner. I guess it's off to the races right now!