Oh the Difference a Year Makes

By Kassie Heisserer March 12, 2011
Exactly one year and two days ago, my life changed forever. It was Wednesday. I was sitting at my desk at work, in the middle of who knows what (I'm sure it wan't trivial...I just don't remember that part...also, I tend to do a lot of different things at work), when my phone rang, and I learned about the existence of my children for the first time.

Feeling a little shaky and surreal (okay, so it's technically not correct to use surreal as a feeling...but that's how I felt), I followed that phone call with one of my own to Nick.

And in a whirlwind of events, we met our boys just four days later, on a sunny Sunday afternoon.

Those first moments were definitely surreal. 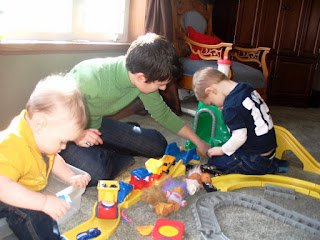 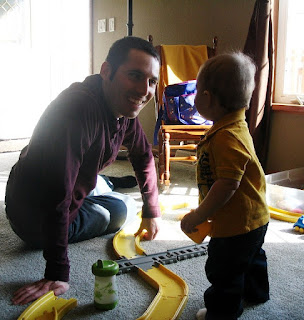 We played in our living room floor for about two hours, and tried to get to know each other. We really had no idea how much more we'd be learning. 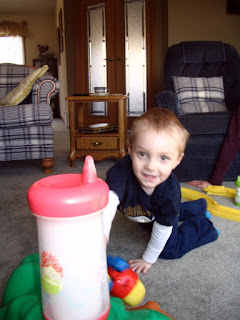 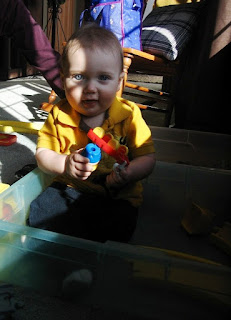 Now, a year later, on a Saturday morning, I'm sitting in that same living room; but it has been transformed dramatically in 12 months' time. Toys are strewn across the floor. There is a very obtrusive (or intrusive?) play kitchen sitting behind our couch, waiting to reach its final destination in our not-quite-finished basement; along with a tool work bench along one wall, awaiting the same fate. Small hats hang from the coat tree by the front door. Breakable items have been moved UP from every surface. I'm watching my almost-two-year-old intermittently play and watch a cartoon. Nick is gone to the grocery store with our eldest. When I stop to think about it, life feels pretty NORMAL right now...not surreal at all. 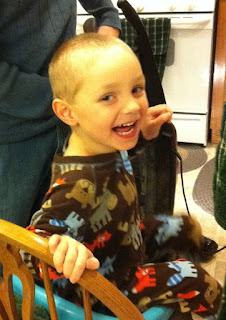 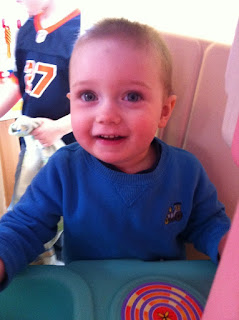 And then I remember that I've only been a mom for...well...I'm not sure exactly how to count it. Since last year at this time? Since we started weekend visits? Since the boys came home to live permanently? Since the adoption was finalized? Since the boys were born? I don't really know. When did I become their mom? Do you even become a parent at all, or is it just something you inherently are? Sure, you learn skills (hopefully!) as you go along, but...I wonder.... And what about the other side of the coin? What if you gave up your rights to them? Do you cease to be their mom? Is parenthood infinite?

There is a memoir I read recently, called Expecting Adam. It's not very new. If you've read it, you may have a variety of opinions about it...actually, I think I have a variety of opinions about it, some of which I haven't quite worked out yet, but something that immediately struck me in the book was when Martha, the expectant mother, sees her son in an ultrasound for the first time. She has a distinct sense of recognition, thinking, "Oh, it's Adam," even though she hadn't even planned to name him Adam. It was as though they had already met at some distant point in the past and were now re-meeting. A reunion.

I think I felt a little like that (even though I wouldn't have described it in so many words at the time) when Nick and I first met our boys: "Oh, it's my kids," as though I was recognizing them after a separation. 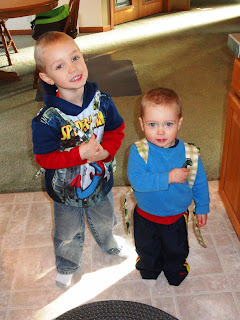 I also knew, with a sense of ferocity, that I was definitely their mom last summer, when we had a slight scare with our adoption process. Another family was threatening to step forward as contenders for adopting the boys, which, up until that very moment, had been outside the realm of possibility, according to all of our workers. And suddenly it became very possible. During an emergency conference call with the boys' social worker, when I first learned the news and had to grapple with the idea that someone else wanted our kids, in a moment I knew empirically that I was their mom and was ready to do whatever it took to ensure that that didn't change. We lived through a few VERY tense weeks, and eventually the situation kind of blew over. But I don't think either Nick or I breathed very easily until October made everything very very permanent.

That was another surreal moment. In a good way.

So, by now it's almost 8:30 PM. I've worked on this post today from two different computers, an iPhone, and three or four different places around the house, including the shower (the only truly alone place in the entire house...and let me clarify--I do a lot of writing "in my head"...letting the ideas and themes kind of swarm around for awhile when I am mid-project...and then I come back to it and add or change later on. I did NOT attempt to use an electronic device under running water). Yes, this is my life now: full of interruptions, half-finished projects (or projects neglected entirely), tasks started and stopped and started again. It is a very different reality than just one year ago. It's much louder, for one thing. And busier. And exhausting. And more wonderful. (Do I say those things in every post? They must be true then....)

Yes, the difference just one year makes. The first (and possibly also the only) poem I memorized was Robert Frost's The Road Not Taken. (Ooh...my literary friends are going to scorn me...I've forgotten if poem titles are italicized or put in quotations...I kind of feel like its the latter...and yet one more piece of knowledge is edged out by the enormous body of new information required of mom-hood.)

Anyway: I think that that poem is a perfect description of our lives this past...uh...hmm. Whatever length is appropriate to classify this particular chapter. For those of you less familiar with the poem, the last few lines will suffice:

Two roads diverged in a wood, and I--
I took the one less traveled by,
And that has made all the difference.


(For those of you who are not particular fans of poetry, I apologize for the somewhat inaccessible reference to how I feel.)


It's been a great year.