That was the wry sentence that came from more than one person--themselves mothers, of course--on Friday, as I "got to" leave work after only a few hours to go pick up a sick child and his older brother from daycare. And then figure out how to care for one sick kid and one well one in the same house. It amounted to a lot of guesswork and staggered naptimes and mealtimes (not my idea of fun)...and frequent diaper-changes--"just in case." And as I sat at the computer (during the only five-minute reprieve of the entire day) dumping pictures and videos from our camera, I thought, yeah, this IS really what Motherhood--or Fatherhood, for that matter--is about. Feeling on top of things about 10% of the time and guessing and making it up during the other 90%. At least that's been MY experience. I know that this next section has no transition from the first except that it's loosely tied to the theme of Milestones...in the good old days, I would have cared slightly more. I just don't have the time to think about it! Thanks for your grace....

Last Wednesday marked an exciting day for us; we signed our way into the state's adoption system. The papers, which were an adoption agreement of sorts, will be filed with the state, and once they are processed (or whatever it is they do...), then the boys' social worker can begin drawing up the last round of paperwork--which is all completed by her--essentially her case to the court about why we should be able to adopt the boys...all of which results in her filing them with the court. And THEN, we get a court date, and (barring any bizarre twists), the court tells us that we get to say we're officially and legally the boys' parents! Optimistically speaking, we could be sharing that great news sometime in November...keep your fingers crossed (and your prayers frequent)!

After our Wednesday afternoon meeting with all three of our various workers (our case manager, the boys' social worker, the guardian ad litem appointed by the courts), we "celebrated" by heading out to my good friend Tina's parents' farm. (How's that for use of possessives??) 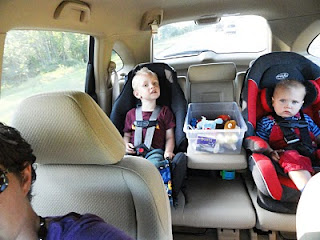 Tina has been in the pony business for longer than I can remember, and she hosts a weekly Pony Night throughout the summer. We drove up and saw this: 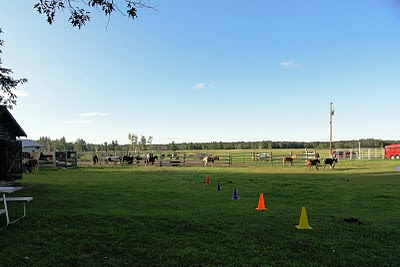 Except that this picture doesn't do it justice--it looks relatively vacant in this shot, and in reality, there were kids, parents, and ponies EVERYWHERE, in a sort of organized chaos (in a good way, Tina!). We signed in and promptly plopped each child down onto a saddle, and away we went. I think Nick and I were way more unsure of ourselves than either of our boys; they both totally took it in stride (pun really not intended). It was a great culmination to a great day--thanks again, Rosvold Farms! (PS: in case you're needing to pick up a pony or two this year, they ARE for sale...http://www.rosvoldfarms.com/.) 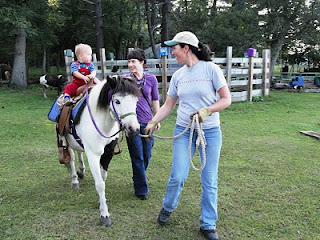 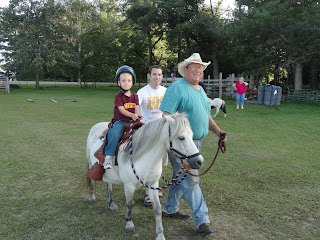 What else? A few other miscellaneous things in this hodge-podge Sunday night post (which was begun many days ago): 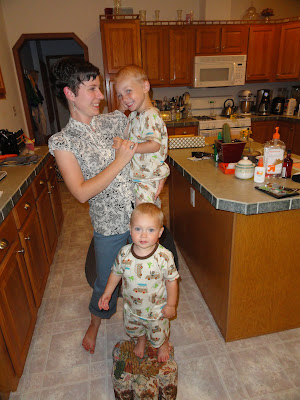 And to close: a recent conversation with our 3-yr-old:
"Mommy, what does Spiderman do?" [This is common question, with various nouns substituted for 'Spiderman']
"He saves the world." [My rote answer for any superhero...or random more-violent-than-I'd prefer character as seen on TV or in the store...or anywhere else.]
"I'm going to save the world."
"Oh yeah?"
"Yeah. [dramatic pause] Tomorrow."

A good a time as any, I wager.