And a Weekend up North

This past weekend we stayed at a cabin with Nick's parents and sister--we were the ones to finally experience being "the people with kids"...you know...the paper-thin walls and children who wake up at 5:45 am and begin asking awkward questions in full voice...and after surviving it all, I think my in-laws are still speaking to me. 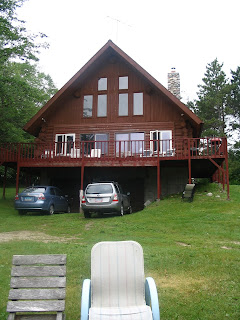 We were at a little resort (just 9 cabins), a really secluded/off-the-beaten-path type...which was perfect for my tastes. A little lake, a dock and a couple row-boats, a nice big deck, huge windows, a fire-pit with a swing...and even a dishwasher! 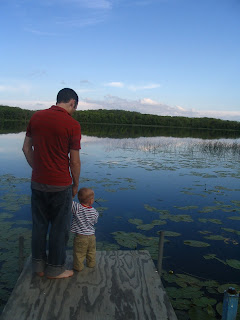 And...thanks to the most ambitious mother-in-law/new grandma in the world, the boys were never without something new to do...life jackets, water socks, a golf set, an inflatable swimming pool, a sandbox set with pails and shovels...and seriously--enough food to feed the seven of us for an entire month! 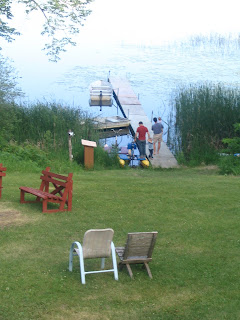 And looking back through our pictures, I realized there is no actual documentation that I was even there...in fact, I've begun to notice this trend in general among our picture files...perhaps I should start getting at least one obligatory photo of myself every time...just to prove to you all that I really DO exist...I promise this is not just a ghost writer for Nick...although technically I would then be claiming to be Nick, not Kassie...but I digress.... 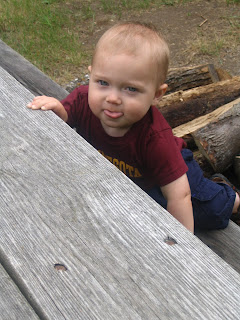 And yes...on Saturday I did dress them in matching outfits...I couldn't help myself...I'm so sorry. 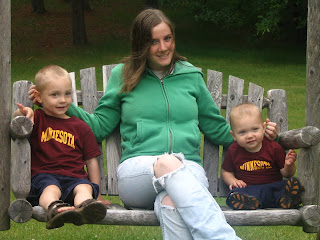 (This is the Nephews and their Auntie hangin' in the swing.) 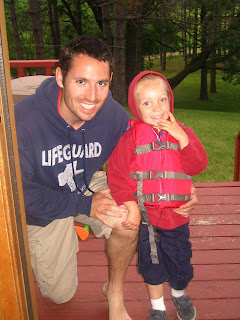 And holy cow...so I knew in my head that the following equation is somehow mysteriously true: Child 1 + Child 2 + Road Trip = Exponential amount of STUFF...however, I think I was living in a state of mild denial about it. Let's just say we didn't get that new car a minute too soon! We didn't quite break the "window height barrier," but we came pretty close...and this was just for one weekend...seriously...what in the world do people do for longer trips?? 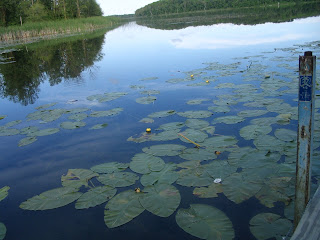 And without intentionally failing to pay homage to ALL of you amazingly with-it parents who have come before me, I must say that during my packing...and then unpacking...and then repacking...and unpacking again...I was definitely channeling my fabulous Aunt, with whom I stayed for a summer while I was in college...and while her kids, my youngest cousins, were about the same ages as my kids are now. She was one of my most salient examples of The Organized Mom--always seeming to have it together, even if she didn't. Yep...I thought about her a lot this past weekend...and I remembered to bring nearly everything we actually needed (sunscreen? check. bug spray? check. after-bug spray? check. diapers? double-check.). Yes...everything except for a booster seat. (Pro: the three-year-old is tall enough to eat without it and still reach the table. Con: the booster has a seatbelt, which would have come in handy during several meals.)

Yes, we Survived. Even through another bout of teething on Saturday--and this time it was two teeth coming in at once, as I later learned, after changing I'm-Not-Even-Sure-How-Many diapers all through the afternoon.

Hmm...maybe I should have brought rubber gloves...or an entire Clean Suit...?