By Kassie June 19, 2010
So we have two boys who are just two years apart in age. It's an interesting challenge. 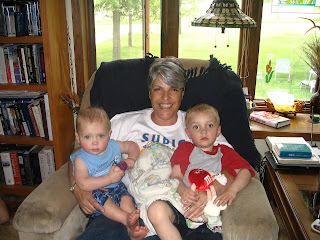 My (Kassie's) own experience was one little brother, three years younger, and one big half-brother, five years older...and then a vast array of step-siblings, all younger than me. Nick grew up with just one younger sister, about five years younger. So neither of us experienced the one-sibling-of-the-same-gender-and-close-in-age phenomenon. 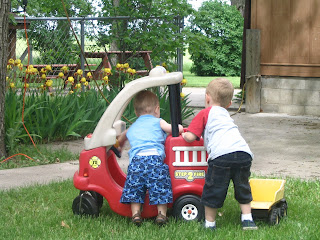 Little Brother wants to do everything--EVERYTHING--that Big Brother does, especially since he has been walking (and running...and climbing...and...). 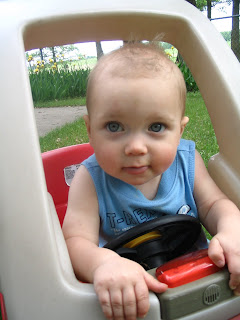 Big Brother wants the same kind of attention that Little Brother gets for being...well...still in many ways just a chubby little baby who falls down a lot and who is ridiculously adorable. 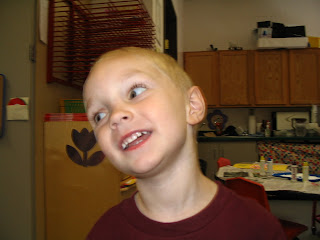 But Big Brother has his assets, too. 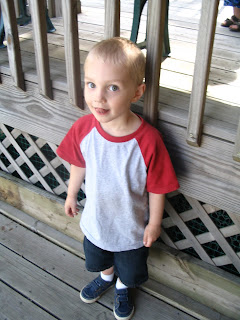 He's the family Performer, for one. I am forever hearing, "Mom, take a picture of me!" in my head. (Which is what was going on in the picture above.) And for another, he has a sweetness unmatched thus far by his much more "determined" Little Brother (we call him Crash and Tank sometimes). 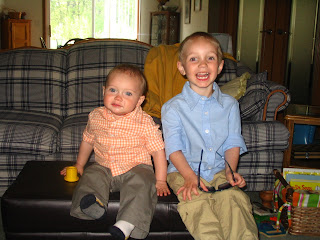 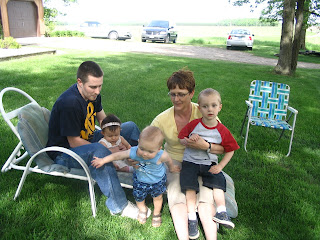 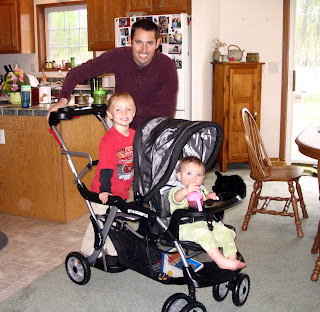 There is a lot that frustrates one about the other right now. One wants to do what the other is doing and comes barging in, inevitably knocking over carefully-built masterpieces. One screams because his hard work has been ruined; the other screams because he's not allowed to keep what he thinks he can rightfully walk in and take. Yes, I think it's hard work being brothers sometimes. And we've only just begun the journey. 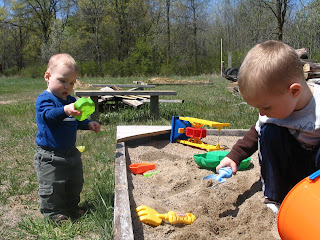 But I bet each will begin to appreciate the strengths of the other--if even subconsciously--as they learn to work together to achieve shared goals. They'll learn when they can get away with pushing the other's buttons...and when it really is best to stay out of the other's space (and face) for awhile. 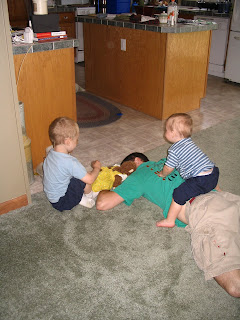 Ultimately I think, though, that these two will one day be able to look at each other with deep appreciation for the bond they share as siblings. They look like each other, which is something only they share--no one else in the world will ever share their unique blend of genetics. They have a history together that stretches beyond the boundaries of THIS family...and while they will probably never remember most of that history, there is something profound, lasting and unexplainable in having a shared story with someone else. I look forward to helping fill in some of the missing pieces just as I dread having to figure out how to try to answer some of the most painful questions...but I know the longing we all have deep inside us, to know the answer to the question Who am I? 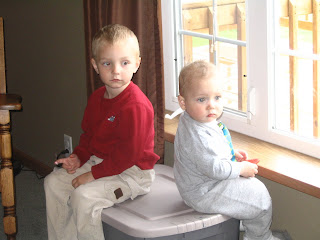 As I write this I am frustrated slightly by the limits of the English language in using the word "know". German (among others, I'm sure) has two words for "to know"--one meaning to understand a fact, such as, "I know my name is Kassie," and the other conveys a much deeper understanding...something like knowing someone...understanding their soul...knowing every part of something...and understanding how it works or what it is made up of. None of us wants to simply know (meaning one) who we are--the answer to that would simply be our own name. But I think all of us want to know (meaning two) who we are...what makes us...us.