[a reprint of the email sent to some of you earlier this year around 3.29.10]
We are, in a matter of weeks/months, anticipating becoming parents to two lovely boys, ages 3 and 1. 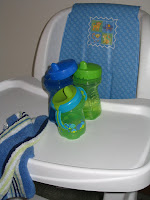 As you know (in whole or in part), we have been talking about adopting our children since the beginning of our marriage (5+ years ago), which led to some hardcore adoption research for the past two-ish years, and finally during 2009 we began the process of training/education in order to adopt children from the MN Foster Care system. And then, earlier this year, we met with the Supervisor of the Child Protection Unit at Crow Wing County to learn more about what that process might entail.
And then we stopped just short of starting the paperwork for licensing. (Side note: we have to be licensed through the county we live in, which is Cass, not Crow Wing. However, we have been doing our training through Crow Wing County in Brainerd, because I have [professional] connections there—and because it’s closer than Walker.)
Until a few weeks ago (3/10/10), when I received a call from the aforementioned Child Protection Supervisor, asking me where we were in the process of licensing. I told her that we weren’t any further than when we had met with her, unfortunately.
She then offered the following scenario:
There were two boys—brothers—currently in a permanency home (foster care with the intent to adopt if the parents’ rights are terminated and no eligible relatives are found; this is a method we have been considering). The boys had been in the home for nearly a year (ever since being removed from their bio-parents), but just recently these foster parents had come to the decision they would be unable to adopt the boys due to their own personal reasons. The boys’ bio-mother had already voluntarily terminated her rights, the county planned to file to terminate the bio-father’s rights, and the relative search had already been completed (finding no relatives). Crow Wing County had already called all of their licensed foster homes and had not found anyone able to adopt the boys. And they needed a permanent home. Soon.
She then laid out the following scenario for me: If we were interested in adopting the boys, we could submit paperwork for background checks to Crow Wing County, and they could approve us as an unlicensed Respite home (Respite is designed to provide a break to parents). The boys could start coming to stay with us over weekends, for example, and begin to get to know us—and we would be providing a break to their current foster parents, relieving them of some of their pressure. In the meantime we could start our licensing paperwork (home study, etc) with Cass County. Once the bio-dad’s rights were terminated, we would be considered the closest ‘relatives’ to the boys, since we had the prior Respite relationship with them, and Crow Wing County could most likely approve us for an Emergency License (even though we don’t live in the county).
She asked what I thought about that. I said it sounded pretty appealing.
I said she could go ahead and give the Social Worker our names. And then I called Nick. We talked about it that evening and decided to say yes to it.
That same week, we met with the boys’ Social Worker (SW), who has given us details about their family of origin, the reasons Child Protective Services stepped in, their current development, etc. And we said yes again to exploring adoption. And then the SW asked if we wanted to meet them. So we said yes to that. And she brought them to our house on Sunday afternoon that weekend, and we got to spend two hours playing with them. And afterwards, we told her that our answer is still yes, we want to adopt them. 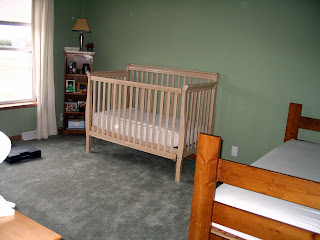 We have found ourselves in a really really unique scenario, even for adopting through the Foster Care system. Normally we would have been the (permanency) Foster Care home who took the boys in a year ago when they were first removed from their home: we would have been the ones having to live through the roller coaster of the scheduled visits with bio-parents, waiting for bio-mom and dad to work on their case plan (or not), holding our breath and waiting out the relative search, and finally reaching this point, where, in just a few months, the boys will be eligible to be adopted (which, as we understand at this point, is in itself is a lengthy process—the boys have to be in our home for 3+ months before we’re even eligible; both parents’ rights have to be terminated, and then the adoption/court process can take around 6 months before it’s finalized).
In the meantime, Cass county wasn’t getting back to us quickly enough (for Crow Wing’s needs), so the SW found us a private agency in Brainerd that does foster care licensing (private agencies often contract with the State to do this). So we’ve been meeting with THAT worker (our Case Manager, or CM) and filling out a LOT of paperwork in order to become licensed. We also got to have the boys here at our house this past weekend (3/27/10 & 3/28/10), during the day both days (no overnight approval yet…has to do with background checks/licensing stuff).
And on 3/29/10 we found out that our state background checks cleared (not really a surprise there…but good they came back so quickly!), and that Crow Wing County had a meeting today about the boys, where we and another potential couple (who had stepped forward in the past couple weeks) were presented as the options for their permanent/foster home, and we were chosen, which was great news!
There was court on 3/30/10 for the boys’ father, where the County expects him to relinquish his parental rights. If not, the County will continue the process to terminate his rights involuntarily. All of which means that things continue to move forward in the direction we were hoping for, and we also found out on 3/29/10 that the boys would be able to stay with us for the whole Easter weekend.
We really can’t leave the area yet (again with the not-licensed-yet restrictions), but we’ve been really excited to have them on the weekends so far. 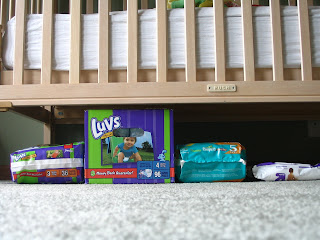 So that’s the great, fun, exciting, amazing, whirlwind news! However, the other side of the coin is that this is still a Foster Care situation at this point. Which means that it could still fall through for us. We’re not licensed yet, either, so it’s possible something could fall through that way. Maybe something else we haven’t even thought about (or even know about) could happen. None of these are likely, but they are possible. We just want to be clear with you, because we have to be clear with ourselves about it as well.
So…be excited for us and with us! And pray for us! And ask us lots of questions! We’ll do our best to keep everyone updated, but please don’t feel bad if we don’t…we’ve gone into overdrive these past couple weeks, suddenly realizing the kinds of things a preschooler and a toddler will need [see list and timeline at right]…and the finishing things our house needs…and considerations about how a transition will go…and whether we have “Parent Leave” through work…and how long that can last…and whether their current Foster Parents will want to see them…and whether we’ll have any contact with their bio-parents…and what in the world do we think we’re doing and can we really become “instant” parents and can we handle it and is it okay that we have a a cat and who are we fooling because we have no idea what we’re doing!…and what if they don’t like us…??
Thank you for journeying with us…we’ll keep you posted!
--KH